The new A-Class concept car from Mercedes Benz features a radical new look and brings up a strong rival for BMW 1-Series and VW Golf 7.

The new 2012 Mercedes A Class model will be built on a modular platform that will be the base for a series of 2012 new Mercedes models. The Mercedes Concept is powered by a 210-horsepower (155kW) 2.0 litre engine. The direct injection turbocharged four-cylinder engine  will deliver “high performance and minimal emissions and fuel consumption” according to manufacturer. A diesel engine will be also available together with a new dual-cluctch DSG gearbox. Later the new 2012 A Class model will feature an AMG badge with improved performance and a four wheels drive powered by a new turbo engine.

Here is a Mercedes Benz A Class Concept teaser video from Mercedes-Benz.tv

A premiere is also the included radar-based collision warning system with adaptive Brake Assist which gives a visual and acoustic warning to a possibly inattentive driver, and prepares Brake Assist for an absolutely precise braking response.

The new A Class dashboard is also very futuristic and includes a mounted Tablet. 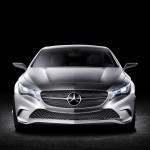 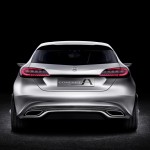 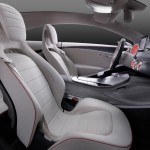 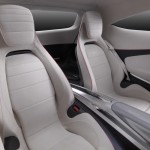 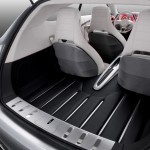